Attorney Madeline Pichardo-Riestra is the Owner and Managing Attorney of Pichardo-Riestra Law. She is a former psychologist who has worked with children, juveniles, and adults. As a Psychologist Specialist working for the Florida Department of Corrections, Attorney Madeline provided Mental Health services to incarcerated females housed in General Population, Closed Management, and Death Row. 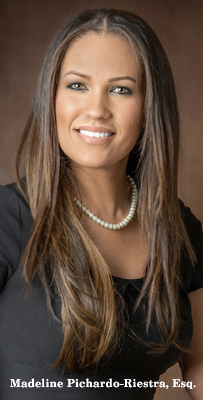